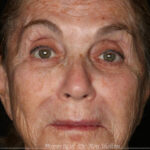 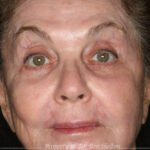 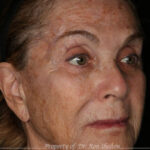 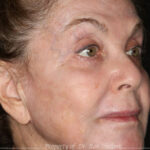 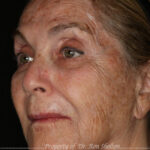 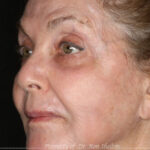 Laser Skin Resurfacing NYC is the most popular way to rejuvenate the skin and its popularity is on the rise over the last two decades. As an anti-aging treatment, it has many advantages over the older and more invasive methods of dermabrasion and deep chemical peels.

The basic principle of skin treatment lies in the removal of the surface layer of the skin to allow a fresh new layer to emerge and revitalize the skin. Rather than using wire brushes and diamond wheels which cause bruising and bleeding, using lasers to remove the upper skin has become the preferred procedure. The carbon dioxide laser helped improve wrinkles, acne scars and even tightened loose skin to some degree. As technology improved in the last decade, lasers became fractional, so that not all the epidermis would be removed, and this allowed penetration into the dermis while generating new epidermal cells in between the tiny laser beams which heal the skin quickly. Less downtime and less risk were then achieved by the newest technology of fractional lasers. The first laser to show fractional delivery of energy was Fraxel Restore, and then the carbon dioxide Fraxel Repair was developed.

Not only wrinkles, creases and lines can be reduced by laser skin resurfacing, but also scars, acne marks, hyperpigmentation, and discoloring of the skin. In fact, multiple Fraxel Restore treatments have improved acne scars, in some cases, better than one aggressive ablative carbon dioxide laser treatment. There are several types of lasers that are utilized to work on various skin layers in different ways to achieve glowing results. The Fraxel Dual laser then was an advance over the Fraxel Restore laser as it helps rid the epidermis and dermis of unwanted hyperpigmentation. The Fraxel Dual laser thereby improves both texture and coloration.

Ablative lasers vaporize the skin surface layer and are usually done as one treatment. Non-ablative fractional lasers require several treatments that target tissues beneath the top layer and stimulate the production of collagen to restore youthful qualities to the skin. Fractional lasers aim specifically and precisely at smaller areas of skin leaving the surrounding skin unaffected.

The newest addition to the Fraxel line of lasers is the Clear and Brilliant. This is a more gentle approach to effecting a smoother complexion and minimizing downtime.

In the last several years, aside from the Clear and Brilliant laser, Laser Genesis from Cutera has shown to help reduce pore size, fine lines and improve tone and texture. Facial redness improves and even acne scars have shown improvement from this gentle easy series of treatments. Many patients will enjoy seeing the improvement and come in right before a social function. This is the laser often done prior to the red carpet and makeup application of celebrities. In addition, PicoSure laser from Cynosure with its focus lens array, and the Enlighten laser from Cutera are picosecond lasers used by providers to perform a series of laser rejuvenating treatments for texture and pigmentation such as to reduce freckling and sunspots more gently than other lasers. One advantage of having Laser Genesis available is that acne scars can be treated despite having current acne lesions unlike the Fraxel laser treatment which is avoided immediately over acne lesions.

The Halo hybrid laser, similar to the Fraxel Dual laser, has two wavelengths in one laser, however, the Halo wavelengths fire simultaneously whereas the provider must use the Fraxel Dual by firing one wavelength and when completed, fire the other. The Halo uses one wavelength to create channels in the underlying tissues below the epidermis which then makes the body eliminate old sundamaged collagen and replace it with new collagen over time. The second wavelength, which is unique to the Halo, focally ablates or eliminates the surface skin and allows heat build up to escape more rapidly and allows the channels of damaged collagen to be removed more quickly making the downtime less than with other lasers producing the same results.

The Halo laser is manufactured by Sciton, a trusted laser company for decades. In the same device as the Halo, Dr. Shelton states that he can use 100% erbium with the Sciton Contour, or do fractional erbium with the ProFractional laser. There's even a fourth laser in this unit which allows Dr. Shelton to deliver a laser micropeel for superficial lesions and to improve texture. Finally, the Halo laser also houses a BBL which is the newest generation IPL for photodamage, facial redness.

The V-beam laser is a pulsed dye laser that targets the red color in unwanted facial blood vessels from sun damage, medications (steroids and Retin-A), rosacea, radiation treatment, and congenital port wine stains. The V-beam laser may require several monthly treatments and bad rosacea may involve maintenance treatments as more vessels continue to grow once the others clear, but this might take a year or more to develop.

The V-beam Perfecta, also has a glass tip handpiece that is designed to treat facial brown spots. The Alexandrite, Neodynium-Yag and Ruby lasers can also treat brown spots on the hands and face. The V-beam is gentle on the neck and chest brown spots.

Ready to find out more?

When you visit Dr. Ron Shelton, you will be able to consult with experienced professional NYC dermatologists who can examine your skin and recommend the best type of laser treatment to suit your individual skin type, skin condition and match the downtime, or lack of downtime, to your needs.